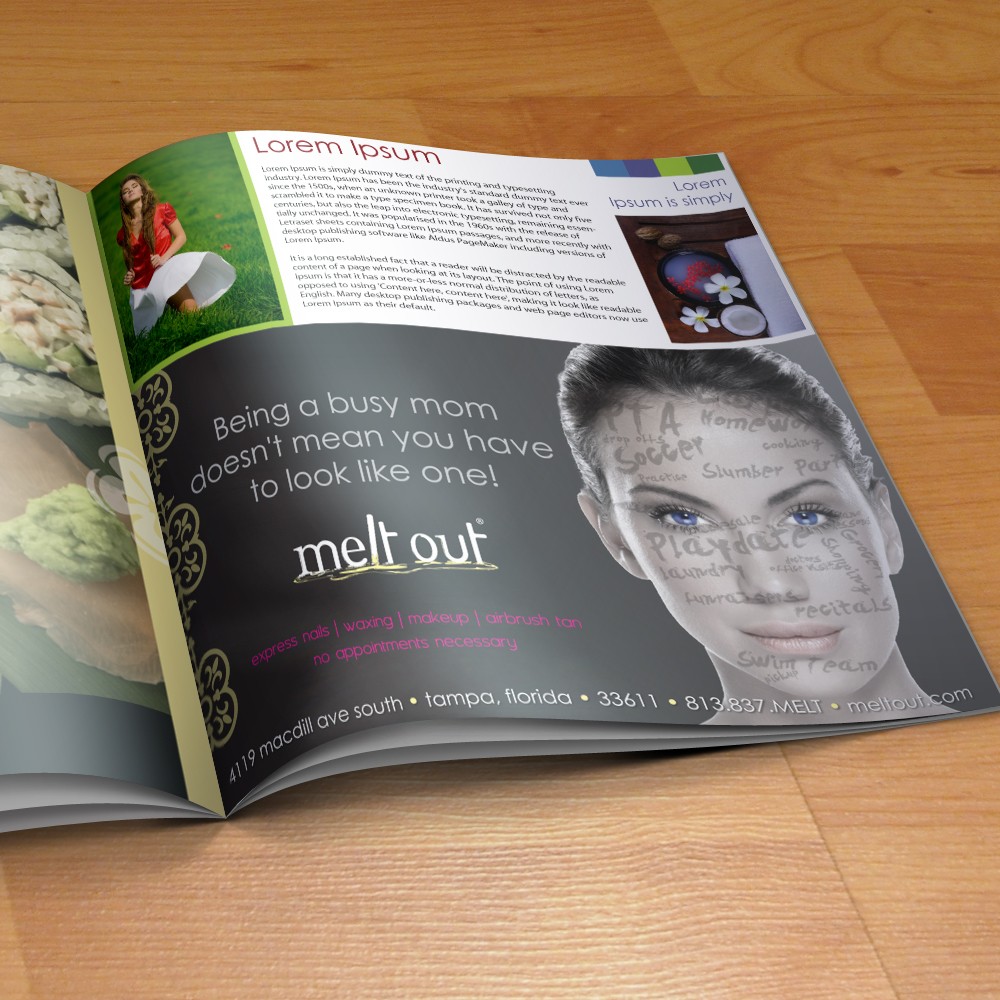 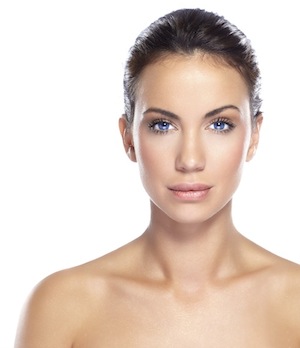 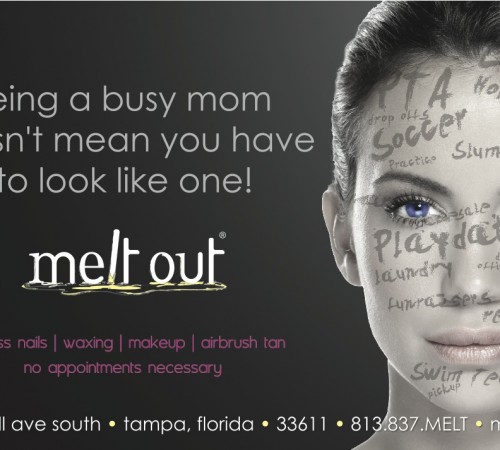 As simple as this ad looks, there’s a lot going on from a graphic design standpoint. We took a stock image of a woman, masked her out of the background, drained the color from her face except for her blue eyes, and applied a layer of text that formed to her face as if she had written notes all over it. Take a look at the original source photo (in the next slide).

Why did we go through such an intensive process just for this ad? Because of the feelings it would evoke in the reader. It was meant to be striking, relatable, and something that would jump off the page. We put a little something extra into our work, and that’s what makes all the difference when you want an ad that stands out from the pack.